Following the successful appeal by BP Oil in National Bank of Abu Dhabi v BP Oil International, Bankim Thanki QC described the case as ‘litigation conducted by adults’. It was the first case tried under the Shorter Trials Scheme (STS) and, following its conclusion, attracted praise for the increased cooperation between the parties to limit disclosure and bring proceedings to an accelerated close.

The scheme is the product of a committee formed to create a procedure in which to achieve shorter trials for business-related litigation (meant in its widest sense). The intention was to reduce unnecessary costs and offer legal resolutions on a commercial timescale. The committee’s recommendations became Practice Direction 51N of the Civil Procedure Rules.

The STS was rolled out as a pilot in all courts of the Rolls Building in October 2015. The intention was to run the pilot for two years, but this has since been extended until 30 September 2018.

Under PD51N and accompanying guides, the STS is not mandatory, but the court can suggest its use. It is up to the parties whether to adopt it. A claimant can elect to start its claim under the scheme and this will be notified to the defendant in the protocol letter of claim, in which they have 14 days to respond and agree or oppose the scheme. Alternatively, a defendant can propose it. Once it is agreed or elected by the claimant, they are to serve the claim form together with particulars of claim and take steps to fix an early case management conference (CMC) for a date not less than 12 weeks after the defendant is due to acknowledge service. The defendant then has 28 days to respond. One of the main features of the STS is that timetables are to be strictly adhered to, with a single extension of 14 days for the defence and a single seven-day extension to any other date. Another key feature is that pleadings are to be no more than 20 pages in length, and must provide a brief summary and identify the anticipated issues. The case is then driven forward quickly.

Cases can also be opted in or out of the scheme. In Family Mosaic Home Ownership v Peer Real Estate, Birss J stated that where an existing case is transferred into the STS, the court shall consider whether it is necessary to require the statements of case already served to be amended to comply with the requirements of the STS.

At the CMC, the case will be docketed to a judge to provide ease of continuity of the case, efficiency and increased judicial understanding. Issues will be agreed upon, directions given and any disputed document requests will be resolved. The trial will be fixed for a date no more than eight months after the CMC and will last for a maximum of four days.

One of the greatest benefits is the provision for limited disclosure. Parties are only required to disclose documents they intend to rely on to bring their claim.

Eliminating the general position of standard disclosure significantly reduces the usual time and costs associated with this litigation step.

However, parties are still at liberty to make requests of another party’s documents, thereby reducing any concern that key documents may not come before the court. The disclosure consultation proposals currently under consideration apply this form of very limited disclosure as one of its options.

Evidence is to be limited with factual and expert evidence reduced to writing only and witness statements a maximum of 25 pages. Oral evidence is restricted to the identified issues. Any applications made throughout the proceedings are to be on paper or even conducted by telephone to minimise costs and increase speed. Costs budgeting will not apply unless agreed by the parties. Instead, there is an assumption that costs will be speedily assessed on a summary basis by the trial judge following judgment, having further obvious advantages to the receiving party.

This all serves to ensure cases are concluded within about 10 months of issue and judgments handed down within six weeks of the end of the trial. 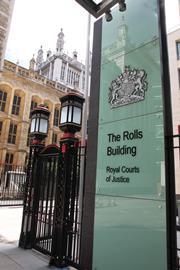 While appeals may seem a setback to the concept of the STS, increasing time and costs, they will generally be fast-tracked to the Court of Appeal. It is worth noting the appeal in BP was still resolved 15 months from issue, sooner than many first instance trials, let alone judgments. This highlights the benefits of resolving disputes under the STS.

The STS is fostering a change in litigation culture. It provides speedy resolution of disputes for commercial parties who need the court’s assistance to achieve a way forward to what is otherwise commercial deadlock, but without the significant cost and many years of sparring and delay often seen in traditional commercial litigation. However, it is important to remember that it is not suitable for all cases. It may well not work for fraud or dishonesty claims, or where a claim is envisaged to be document-, fact-witness- or expert-heavy. The STS is ideally suited to straightforward cases such as contractual-based disputes where there is not a huge amount of disclosure or expert evidence.

One such example of how the STS worked well in practice is a dispute regarding the interpretation of an indemnity in a sale and purchase agreement, First Names and Another v IFG. This was a case recently concluded under the scheme in favour of the claimants after a streamlined case and a three-day trial. The disclosure was limited to a few documents by the claimant, none by the defendant; there were a couple of witness statements, but no witnesses called to give evidence; and the court concentrated on legal argument and the assistance of experts for both parties, who attended trial and gave evidence to the judge (including hot-tubbing). The STS drove that case to a very speedy solution, resolving the key issue in dispute and thereby assisting the parties’ business needs. This is a another example of litigation conducted by adults.

It is currently unclear if the scheme will become embodied in the CPR long-term, further extended or indeed whether it remains in its current format. What is certain, however, is the STS has clear advantages for all involved and it is hoped that it will be preserved and become a routine feature of dispute resolution.